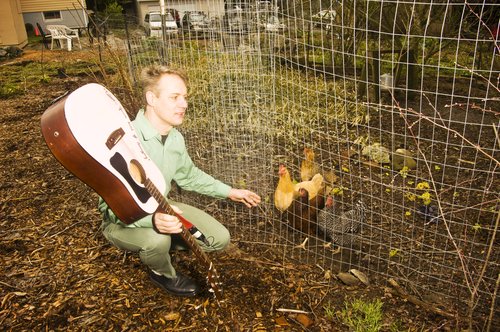 Calvin Johnson is a guitarist, singer, songwriter, producer and Dj from Olympia, Washington. As a teenager he began working at the local radio station KAOS-FM, at the same time he also worked on Sub Pop fanzine, organized concerts and film screenings, and played in the bands Cool Rays, The Go Team, Beat Happening. In 1982, he founded K Records, solely for the purpose of documentation of the local music scene. In 1993, he also opened the Dub Narcotic Studio, in which he recorded artists like Beck, Modest Mouse, Mirah and Robyn Hitchcock. Even though he acted and still plays in a variety of other groups such as Dub Narcotic Sound System, Halo Benders and the Hive Dwellers, his most famous musical project until today is probably Beat Happening from the 1980ies. This year, Domino Records also releases „Look Around“ a remastered, career-spanning double album anthology as starting point for an extensive Beat Happening album reissue series in 2016. Since the early 2000s he travels the musical world solo under his real name, which is confirmed by the three appeared longplayers on K Records.

Targeting support comes from the fast, nimble Lime Crush from Vienna, around which already in other noisy DIY contexts exceling Jasmin Rilke (Aivery) Andi Dvorák (Fettkakao), Nicoletta Hernandez (Mopedrock!!), and Veronika Eberhart (Plaided, Tirana) have come together. In an instrumental rotation principle, these beautiful fireworks flew to them as little hits, even the Austrian news magazine Profil could not help to call the 7" debut (Fettkakao #38) in 2015 a “good-humored, cheeky, danceable garage rock with ‘Kunstunifärbung’ (art academy coloring) of four of the most active and brightest punk rock activists of Vienna.” 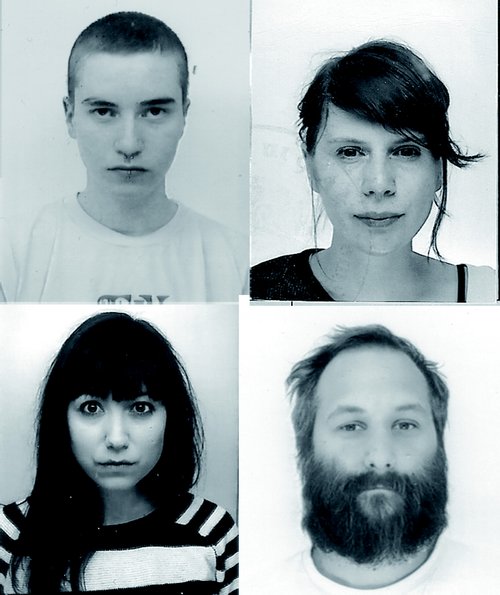