In Inverted Commas – The Splendor and Misery of Political Correctness 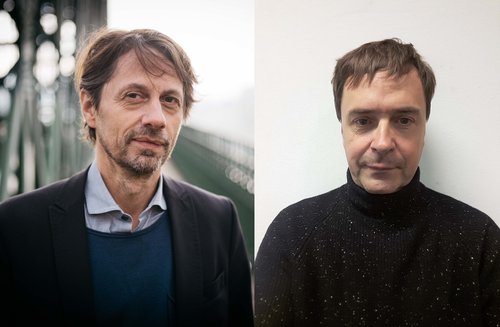 By reference to numerous case examples from politics, art, and culture, Thomas Edlinger and Matthias Dusini analyze in their book “In Anführungszeichen – Glanz und Elend der Political Correctness” (In Inverted Commas – The Splendor and Misery of Political Correctness, 2012, edition suhrkamp) the ambivalences, old and new opponents, and partly unexpected complicities of political correctness. Political correctness has evolved from academic discussion into a political long runner. It is one of the leitmotifs of right-wing populist rhetorics, which agitates against the „gender craze“ and „human rights kitsch“. Also the feminist and anti-racist front has gained fire power. Social media debates are dominated by terms like intersectionality and tone policing. The book then poses the question: Is there a way to take the demands for integrity of heart and soul, the base of human rights seriously, without becoming a troll oneself? On the occasion of the exhibition of the political satirist Jan Böhmermann, the authors Edlinger and Dusini will discuss the current status of political correctness, its development and parameters.

Mag. Thomas Edlinger (*1967 Vienna, lives in Vienna) is a radio producer, cultural journalist, author and since 2017 the artistic director of the Donaufestival in Krems. He studied philosophy, journalism and German studies and is regarded as a supporter of alternative art and culture, next to his work in media. Edlinger has curated numerous exhibition projects, among others for the Lentos Museum, Linz, Quarter21, Vienna, O.K. Center for Contemporary Art, Linz, and Kunsthalle Wien, Vienna. After his teaching activities at the University of Art and Industrial Design, Linz, and FH Joanneum, Graz, Edlinger holds a teaching assignment at the University of Applied Arts Vienna at the department of art and knowledge transfer.

Mag. Matthias Dusini (*1967 Merano, lives in Vienna) is a cultural journalist for the public broadcast ORF and the art magazine “springerin” since 1994, and heads the arts section of the Viennese weekly newspaper Falter. He also works as an author: Next to his publication with Thomas Edlinger in 2012 he released the book “Covering the Room” together with Florian Pumhösl in 1998, and together with Silvia Eiblmayr he released the book “Azioni Materiali” on the performance art of Michelangelo Pistoletto.