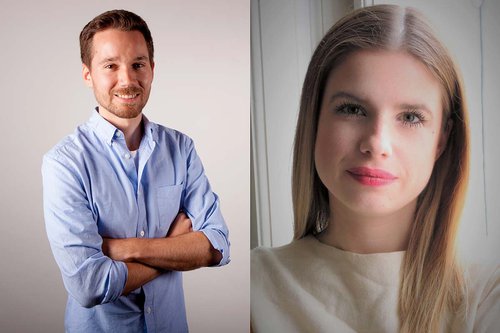 The political scientist Lara Möller and the TV-journalist Paul Fleischanderl meet in this episode of the young talk format Convo Club in order to discuss the role of the media in political education and its influence on the population’s awareness of democracy, especially among younger people. Next to classic formats like the news, heavyweight rounds, and other political talk shows, current political topics are being addressed on humoristic late-night shows and satirical shows. In how far do shows like Jan Böhmermann’s “Neo Magazin Royal” continue to have an effect among the population? How does the media contribute to mechanisms of inclusion and exclusion in society? We are looking forward to another episode of our Convo Club to discuss these and further questions.

Paul Fleischanderl BA (*1988 Linz, lives in Vienna) is an editor at the Austrian public broadcast ORF 1-Information (Magazin 1, ZIB 18, ZIB 20, ZIB Nacht, meins.ORF.at) in Vienna. He has worked at a hotel, in theater, at an artist agency, in radio, at a newspaper and in television. He completed his education in journalism at the FH Vienna, followed by the ORF-Academy (Ö1 and Ö3, among others).

Lara Möller MA BA (*1991 Stuttgart, lives in Vienna) is a political scientist and works as university assistant in the area of didactics of political education at the University of Vienna and as a research assistant at the Center for Democracy in Vienna. She is chair person of the Austrian Society for Political Science and teaches at the University of Vienna and at the Institute for Leisure Education. Her thematic focus lies on democracy didactics, subject orientation, inclusion- and exclusion processes and anti-racist political education.