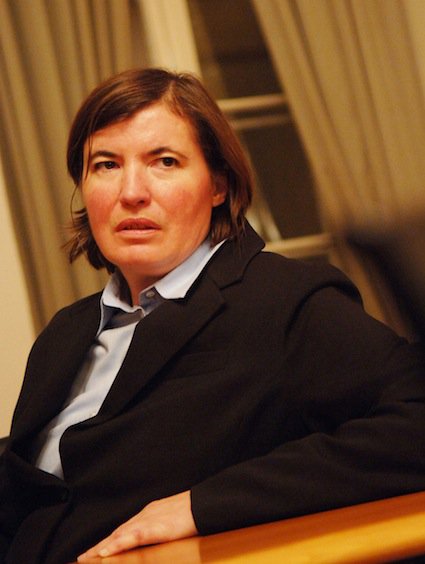 The “Anschluss” (Annexation) 1938 is not only an anchor point in the architecture of the historical memory of Austria, but also in the relationship between Austria and Germany. In 1938, it was celebrated surely by the vast majority as the fulfillment of German National dreams, when in 1945 the radical reinterpretation of March 1938 ensued as the beginning of the seven-year-long oppression of the “Austrian people” by the Prussian militarism. Today the victim-theory counts as an expression of Austrian historical amnesia – in contrast to the Federal Republic of Germany, which defined itself from the start through their examination of the National Socialist past. And today? Are we as Europeans more relaxed in the dealings with our “great” neighbor? And how does the great neighbor view us?

Priv.Doz. Mag. Dr.phil. Heidemarie Uhl (*1956 Feldbach, lives in Vienna) is an historian at the IKT Institute of Culture Studies and Theatre History at the Austrian Academy of Sciences and a lecturer at the Universities of Vienna and Graz. Her research focus lies, in the frame of memory studies, on National Socialism, Second World War, and the Holocaust in the Austrian memory. She has taught at the Hebrew University Jerusalem, the University of Strasbourg, the AUB Andrassy University Budapest and Stanford University. She is a member of the Austrian delegation to the IHRA “International Holocaust Remembrance Alliance”, and of the expert commission of the Brandenburg Memorials Foundation. Moreover, Uhl is vice chairperson of the international scientific advisory board of the “Haus der Geschichte” (The House of Austrian History) Austria and the military history memorial commission at the BM:LV (Federal Ministry of Defense). Furthermore, she is chair person at the commission for the construction of memorial signs and commemorations of the city of Vienna.