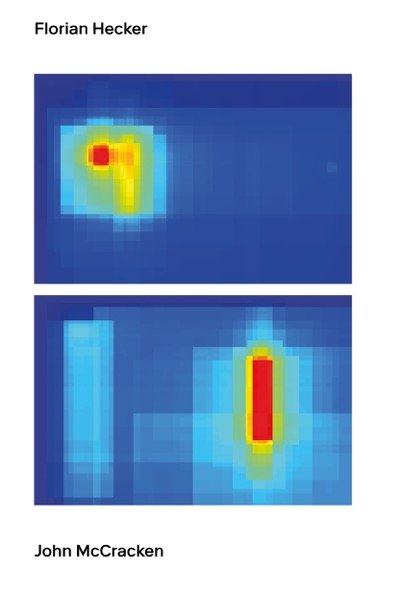 The catalogue documents the concrete and quite challenging attempt to survey the main white cube exhibition space as an experiential space with a special view to the differences and hierarchies of seeing and hearing by a dialogically complementary dual showing of the German artist and computer composer Florian Hecker and the American sculptor John McCracken. Beside a curatorial introduction by Christian Egger, this publication contains a comprehensive essay by the author and curator João Ribas. The cover has been designed by Florian Hecker using an Objectness Measure Algorithm, NORM in Zurich took care for the graphic concept.

Florian Hecker (*1975) works with synthetic sound across performance, installation, and publications, exploring compositional developments in postwar modernity, audiology, and psychoacoustical knowledge. Since 1996, Hecker has given a multitude of performances and concerts internationally, both in major concert halls and festivals for contemporary electronic music. His most recent collaboration with philosopher Reza Negarestani, "A Script for Machine Synthesis" (2015), was premiered at the Stedelijk Museum Amsterdam, and "Formulation (FLV Project)" (2014) was presented as part of the inaugural exhibition at the Fondation Louis Vuitton, Paris. In 2015 Hecker was nominated for Berlin’s Preis der Nationalgalerie.