The Space within Herbert Brandl's Painting 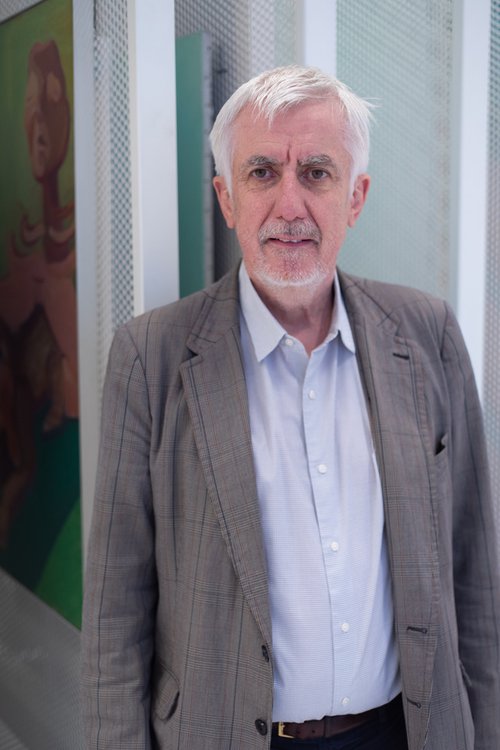 In his lecture, Peter Pakesch, Herbert Brandl's curator and long-time gallery owner, will illuminate Herbert Brandl's artistic work in the 1980s and his continued close collaboration with the artist. In particular, Peter Pakesch examines the ongoing engagement with the medium of painting, which is a constant in the work of Herbert Brandl, using a large number of the artist's works as examples. The lecture will focus on the outstanding individual positions in which Pakesch showed Brandl, for example in the context of the epoch-making exhibition "Painting on The Move" at the Kunsthalle Basel, or the group exhibition curated by him at the National Gallery in Prague (1996), in which Brandl was shown together with Albert Oehlen and Christopher Wool. Pakesch's profound understanding of Brandl's formal and substantive artistic practice enables a discursive examination of the artist's nuanced, almost poetic style of painting.

Peter Pakesch (*1955 Graz, lives in Vienna) has been the director of the Maria Lassnig Foundation (Vienna) since 2015. From 1976 to 1979 he was in charge of exhibitions and projects at the Forum Stadtpark Graz and for the Steirischer Herbst. After a study stay in New York he opened his own gallery in Vienna in 1981, where he showed exhibitions with artists such as John Baldessari, Ilya Kabakow, Mike Kelley, Martin Kippenberger, Sol LeWitt, Albert Oehlen, Franz West and Heimo Zobernig. With Herbert Brandl he realized a large number of exhibitions in his gallery. In 1986 he founded the Graz Kunstverein with Helmut Strobl, which he headed as artistic director until 1988. In 1996 he took over the position of director of the Kunsthalle Basel. From 2003 Pakesch was artistic director of the Universalmuseum Joanneum and until 2011 director of the Kunsthaus Graz. During these years, this oldest public museum in Austria was completely renovated in view of the 200-year anniversary of the Joanneum (2011).