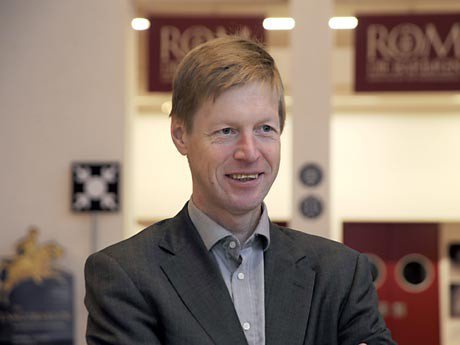 In his lecture, Robert Fleck examines Herbert Brandl's artistic work in the 2000s, with special emphasis on his Austrian contribution to the Venice Biennale, which he curated with a solo position of Herbert Brandl in 2007. His curatorial praxis at the pavilion addressed a recurring artistic practice of Brandl: "The presentation focuses on the possibilities of today's painting in different registers, whereby the virtuosity and power of Brandl's painting is kept in an anti-decorative sense by breaks and borderlines". Robert Fleck examines the artist paradoxical attitude towards painting, his joy in gestures and abstraction, as well as the stirring colorfulness in Brandl's work by means of exemplary works and exhibitions of the 2000s. Furthermore, the lecture will go into detail about the international significance of the artist's work and person.

Prof. Dr. Robert Fleck (*1957 Vienna, lives in Brittany) studied art history, history and philosophy in Vienna, Innsbruck and Paris. Since 2012 Fleck is professor and currently prorector at the Kunstakademie Düsseldorf. He has been working as a freelance author since 1982, from 1991 to 1993 he was Austrian Federal Curator of Fine Arts and in 1998 co-curator of the 2nd European Biennale for Contemporary Art Manifesta in Luxembourg (with Maria Lind and Barbara Vanderlinden). From 2000 to 2003 he was director of the E.R.B.A.N.-Ecole Régionale des Beaux-Arts de Nantes. In 2004 Robert Fleck was appointed director of the Deichtorhallen – Haus der Photographie in Hamburg, where he realized among others an exhibition with Herbert Brandl (2009). From 2008 to 2012 he was director of the Art and Exhibition Hall of the Federal Republic of Germany in Bonn.