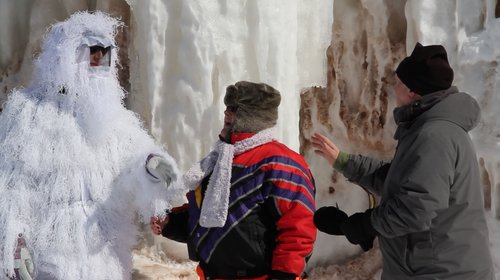 Kicking off the exhibition project developed over four separate openings—"Yes, but is it Performable? Investigations on the Performative Paradox"—the exhibits by VALIE EXPORT, Joan Jonas, and the opening performance by Sarah Mendelsohn / Fred Schmidt-Arenales are the initial foundation for the show’s exploration of the multiple strategies and practices of the performative today.

VALIE EXPORT’s work is a concept paper with precise instructions for “physical interaction,” in the wake of which the artist presents the gap between media and its impact, contrasting acoustically recorded and “live” spoken word of “I AM BEATEN,” with a video recording of the performance. In the video action of the same name, the artist explores the technical limitations of sound and image through the principle of “Split Reality”, duplicating identity through visual and acoustic structures.

Joan Jonas’s installation, “Mirror Pieces,” on display in the apsis of the building, is based on the artist’s early mirror performances and contains rare film footage of one of her first performances in her loft in 1969. Along with stones and a tire from previous works, the installation also includes the mirrored costume worn in the piece “Oud Lau,” and a photograph of Jonas in one of her mirror outfits, taken in 1968 by Peter Campus. In these early performances, the artist experimented with the idea of becoming, reflected back upon herself. As fragments of the video of this performance are reflected in the space, viewers become part of the ritual.

The two artists whose performance opens this exhibition, Sarah Mendelsohn and Fred Schmidt-Arenales, have been working together since 2011 on performative and documentary forms that lead to changes in listening habits and the direction of thought. Carried out with the performers Viktoria Bayer and Costas Kekis, the themes of “Borders, Bowels” are desire, loss, and border politics. They unite several arcs of their continuing investigations into the fluctuating attitude toward refugees and other immigrants in Austria. Using recordings and choreographed forms, “Borders, Bowels” works out the difference between movement in general and the ability of the individual to move freely, while referring to the privilege of being able to observe and participate in what happens to the individual. 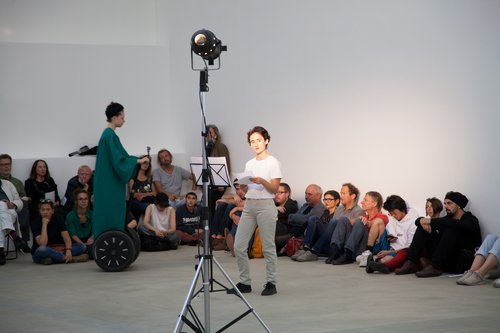 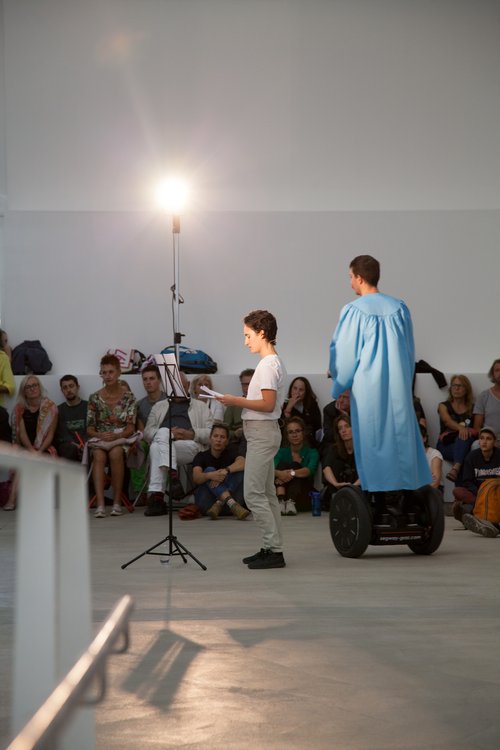 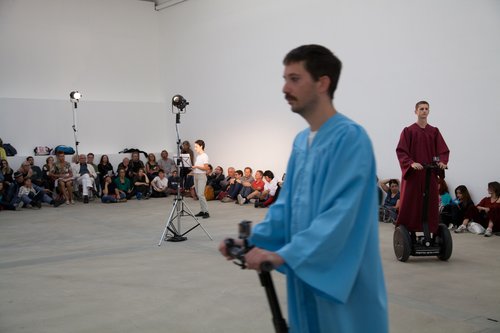 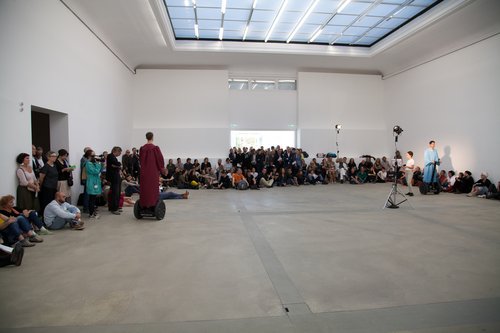