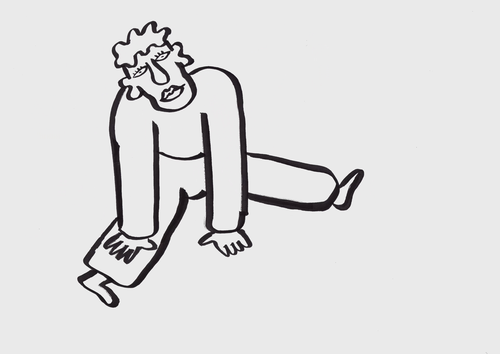 The young media artists Ines Handler and Jona Lingitz present their multimedia installation “Exit Gender” (2020), which deals with the treatment of gender roles in society. Strict conventions based on biological sex are still firmly grounded in society. (Moving) images often contribute to the consolidation of these conventions. However, images and media also have the potential to positively influence viewing habits, dismantle rigid gender roles and question stereotypes. “Exit Gender” offers a new form of expression of gender – colorful, fluent, individual. After the screening, there will be an artist talk with the emerging artists, where we will discuss gender diversity, gender attributions in public space, and artistic forms of expression.

Ines Handler (*2000 Graz, lives in Graz) currently attends the “Film and MultimediaArt” class at Ortweinschule Graz. In 2018 she was part of the youth jury of the Austrian film festival “Diagonale” and since 2019 she is part of the management team at the international short film festival “Cinema Talks.” She was part of the project “Picture Hung,” which was displayed on the BIX-façade of the Kunsthaus Graz. She has already produced her own short films, which were screened at festivals such as “YOUKI.”

Jona Lingitz (*2001 Graz, lives in Graz) currently attends the “Film and MultimediaArt” class at Ortweinschule Graz. In 2019, he was part of the project “Picture Hunt,” which was displayed on the BIX-façade of the Kunsthaus Graz. He has already realized his own short films that were screened at film festivals. In 2019, he presented his drawings at the exhibition “Pointlessness” in Graz.